Roddy & Barb Strang Sport Horse Training, Inc.
Roddy spent most of his young life in Southwest Kansas on an Angus cattle ranch.  He worked on his Grandfather's ranch and started young horses for a trainer in Northwest Kansas while earning a Bachelors degree in Agriculture. He was hired upon graduation by a Pennsylvania cattleman who ran Angus on the King Ranch in Chester County.  It was in Chester County that Roddy was introduced to the world of Polo.

After meeting the club manager of Brandywine Polo, Roddy was offered a job riding polo ponies, which seemed like a lot more fun than looking after cattle!  Making connections through polo, Roddy spent time in Santa Barbara, New Zealand and England grooming and making green polo ponies for professional players.  During his 4 years in England he managed a small polo club where he gave lessons and managed a polo barn for the Sultan of Brunei. 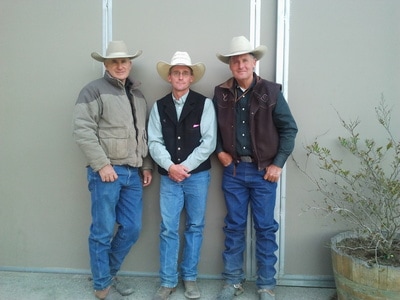 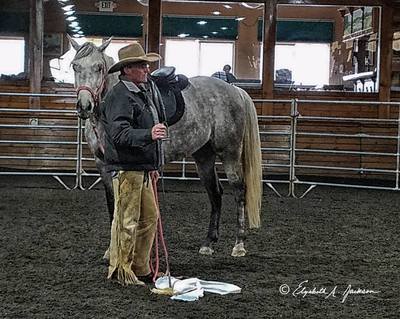 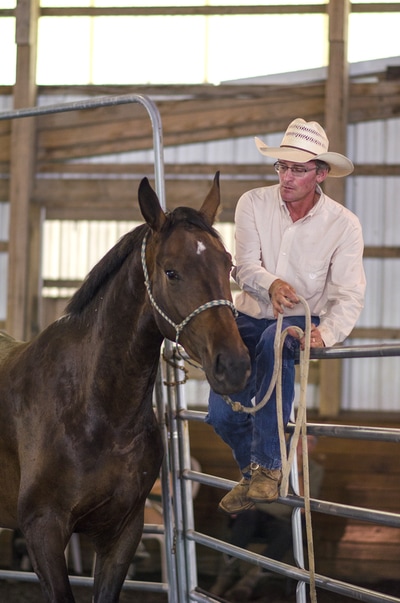 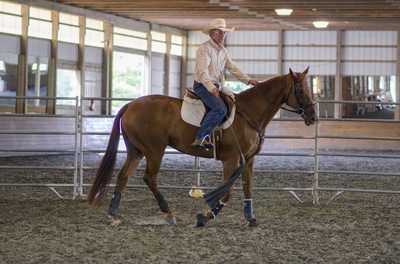 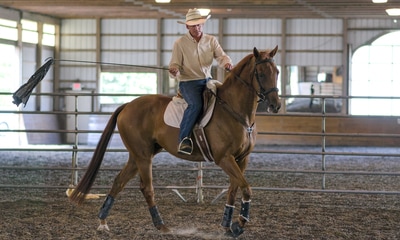 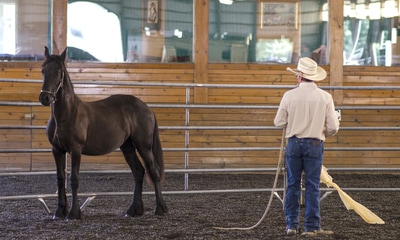 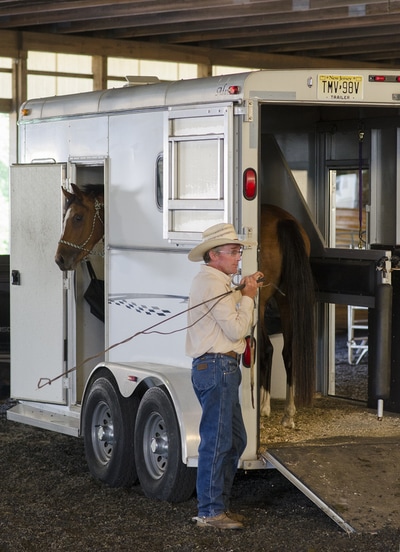 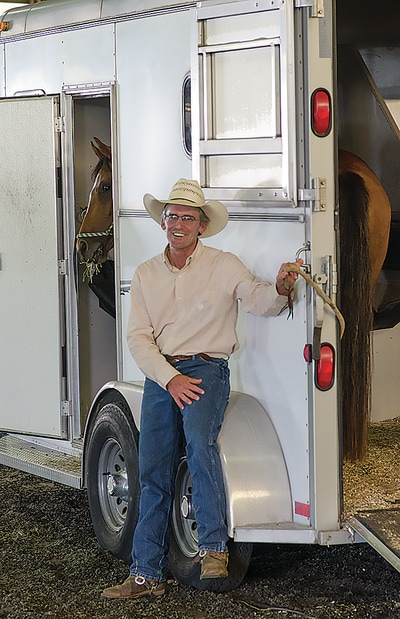 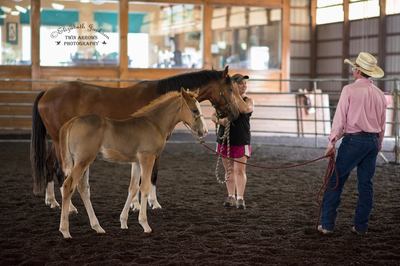 After 8 years of being away from home, Roddy returned to Kansas to regroup.   At home he ran into his old friend and horse trainer, Richard Degnan, who introduced him to a different way of training horses.   Richard showed Roddy the training methods of the Dorrance brothers and Ray Hunt and Roddy took this new knowledge with him when he returned to the East Coast, relocating for a job in West Virginia before relocating again to Chester County.

During this time he met and married Barbara, an amateur event rider and vet tech at New Bolton Center.  The couple moved to MD, where Roddy worked as assistant trainer for cutting horse professional, Kent Stough.  A year later they started their own training business, Sport Horse Training Inc.,  as well as a family in Kirkwood, Pennsylvania, where they currently reside.
Many thanks to Elizabeth Conley Jackson for the above photos! 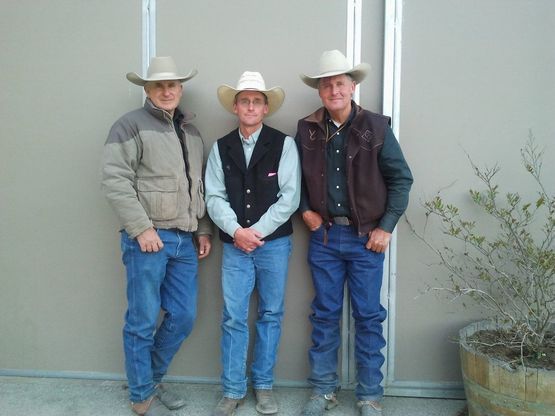 Roddy with Bryan Neubert and Joe Wolter
Roddy has personally worked with Ray Hunt, Frank Barnett, Bryan Neubert and Joe Wolter (pictured above) .  Each one of these trainers has had a profound influence on Roddy’s riding and training methods.  The knowledge he has acquired from these men has helped to establish a long lasting foundation for the benefit of the horse, regardless of it’s intended career.   Roddy is truly committed to his craft, and is dedicated to putting the horse first!
Contact Roddy